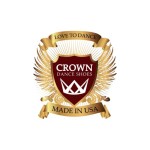 Emerald Ball 25 year anniversary dance sport championship. Visit Emeraldball.com and see who won at this year’s Emerald Ball! Read all about it in Dance Beat’s featured article about the Emerald Ball’s 25th Anniversary!
Crown Dance Shoes was at Emerald Ball supporting all the dancers.

About the Organizers – Wayne & Donna Eng

In 1989, Wayne and Donna Eng purchased the Emerald Ball Championships from Ken and Sheila Sloan. They had been promoting it for 25 years prior to that. It is said to be one of the oldest ballroom competitions in U.S. history, originating in San Francisco. Then, Wayne approached Terry Leone to become a partner. Terry, who had worked directly under Arthur Murray, was the owner of the Arthur Murray studio in Beverly Hills. Leone, who passed on in 1994, was featured on the Merv Griffin Show at least 50 times to promote Arthur Murray studios and was co-host for a couple years for the PBS popular show, Championship Ballroom Dancing produced by Aida Moreno, filmed at the Ohio Star Ball. In 1994, Wayne and Donna became the sole organizers and owners of the Emerald Ball and have made the competition one of America’s premier events. The Engs have also run a successful dance studio for over 20 years and hold an annual dance camp in Las Vegas, Nevada with over 700 participants. This camp sells out annually. Wayne Eng is currently the Vice President and Competition Director of the American Ballroom Company, which sponsors the United States Dance Championships.